What I Did with my Philosophy Degree

Our department's thriving alumni network demonstrates that a major in philosophy continues to make an impact on students well after they have graduated. The philosophy department has compiled a database of graduates of our department from the past 20 years who are interested in talking and networking with current undergraduates. To request access to the alumni database, please contact Michelle Brown. Please read on to learn about what some very recent graduates are doing with their degree.

Henry Wu will graduate with a degree in Philosophy and Political Science in Spring 2020. He has recently been awarded a Rhodes Scholarship to study at Oxford University. Read about his time as a philosophy major and his future plans in this interview. 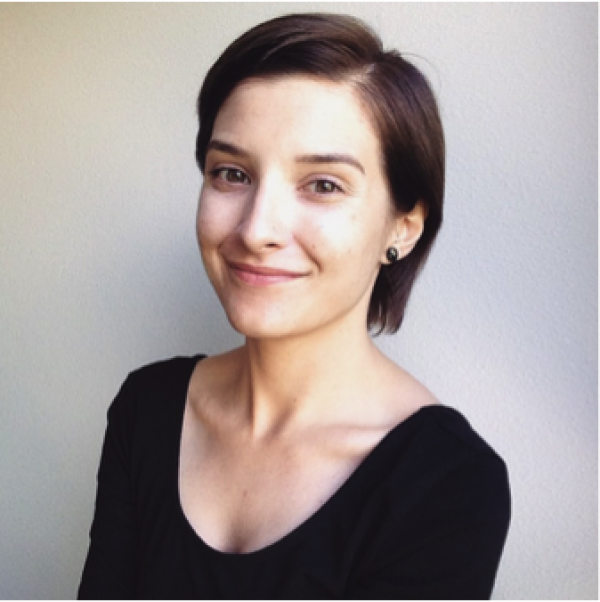 "I earned two degrees at Ohio State: a B.A. in Philosophy and a B.S. in Cognitive Neuroscience. Immediately after graduating in May 2014 I took a lab manager position in the Neurolinguistics Laboratory at New York University. I’m now a graduate student at University of California, Santa Barbara in the Social Psychology area of the Department of Psychological and Brain Sciences. I work in the Social Perception Lab under my advisor, Dr. Kyle Ratner, working on studies related to both the visual and social perception of others.
“My own research focuses on questions related to moral decision-making, moral motivations, and the social influences on how we form and express moral principles. My research interests are a direct outgrowth of my philosophical studies at Ohio State, where I took several classes in morality and philosophy of mind.
“I feel very strongly that the Philosophy of Science course should be part of the requirements for all research-oriented STEM majors…taking [Philosophy of Biology] in particular helped me to think more clearly about the underlying logic and assumptions of scientific inquiry. It helped me to be able to articulate my own original hypothesis for a study, and to pull together information from multiple sources in multiple disciplines in order to fully support my idea.
“Being a philosopher has also made me able to read scientific papers with a more critical eye, and to raise questions in presentations of research that others may not have thought of, particularly about the scientists' own biases or assumptions that were made during the generation of the original hypothesis.
“All research scientists must also eventually become science writers in some capacity, and be able to articulate their ideas clearly and in logical sequence, to define their jargon, and to anticipate objections and next steps…Basically: a STEM major can teach you about a science, but a philosophy degree can teach you how to be a scientist.” 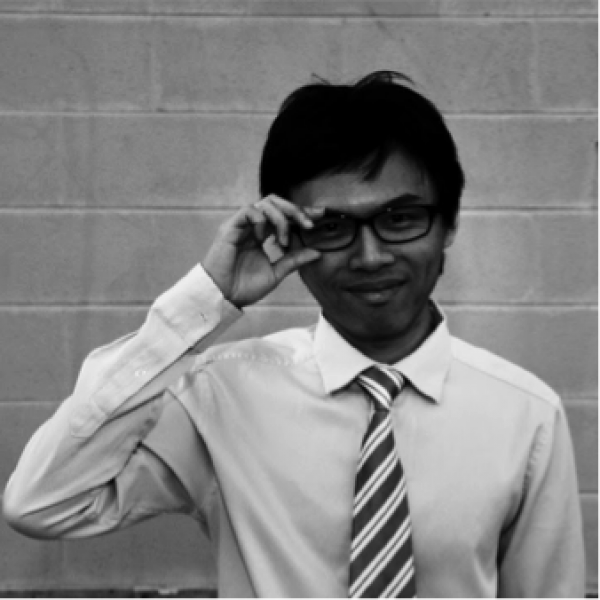 “[After graduation, I began] work with a research institute in my hometown, Penang (a state in Malaysia). It's a state think-tank. I [work] as a research analyst in the Political and Social Analysis department.

“Philosophy generally makes me a better and humbler person. [R]ecently I appeared on a local radio [station] to talk about Plato! [It f]eels good to introduce philosophy to the people here. It's a privilege to be able to read philosophy [as] Malaysian universities don't offer a degree in philosophy...I enjoy the opportunity to pass on what I have learned to my people.
“All said and done, I thoroughly enjoyed my time at The Ohio State University studying Philosophy and Political Science. The professors who taught me, the courses I have taken, the people I met, directly and indirectly shaped who I am, and more importantly, gave me the tools to think for myself. I guess Philosophy is like a sort of knowledge best described as 'What is seen, cannot be unseen'. I can no longer pretend to live the unexamined life e.g. working mechanically 9-5, rushing to get a job just because everyone else has one. On top of that, Philosophy managed to instill a love of wisdom in me. I'm reading Marx and Adam Smith on my own out of pure interest and curiosity. Hopefully I will keep on learning, forever.” 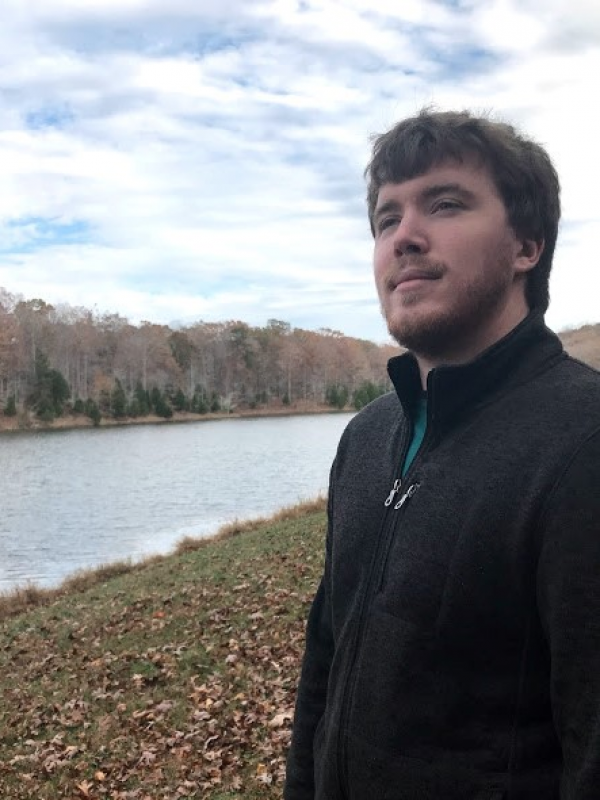 "I graduated from Ohio State in May 2014 with a Bachelor of Arts in Philosophy and a Minor in English. I immediately entered law school at Ohio State the following semester, graduating with my Juris Doctorate May 2017. After law school, I became the Ohio Environmental Council’s first Law Fellow, where I use my legal writing skills to protect Ohio’s air, land and water. In addition to my legal pursuits, I am an independent science fiction and fantasy author and freelance editor.

"Philosophy differs from other degrees because it changes how you think, as opposed to requiring you to regurgitate information onto a test. My philosophical studies directly impacted my choice to pursue a career in Environmental Law. In assessing what 'career' I chose to pursue, I thought not about what I wanted to do, but what I could do that could maximize well-being for the most people around me. Climate change poses the greatest threat to our planet and our species, so a career in environmental law was the only option in my mind.

"It also informed my secondary career. As an independent author, I strive to inject provocative thought into everything I write. Good stories entertain, while great stories both entertain and make their readers contemplate profound questions. I like to think I achieved that goal, though that’s a question for my readers!
"When I think back to my undergraduate career, it’s not about what I learned, but how I learned. I can remember seeing new ways to think about theism in Professor Rudavsky's Philosophy of Religion classes; new methods of moral analysis in Professors D'Arm's classes; and new techniques for understanding difficult texts in Professor Shabel's classes. In fact, my first novel is inspired by topics in Professor Samuels' Cognitive Science class. Every day, I see Philosophy impacting my life, and I hope future students seriously consider philosophy at Ohio State so they can have similar experiences." 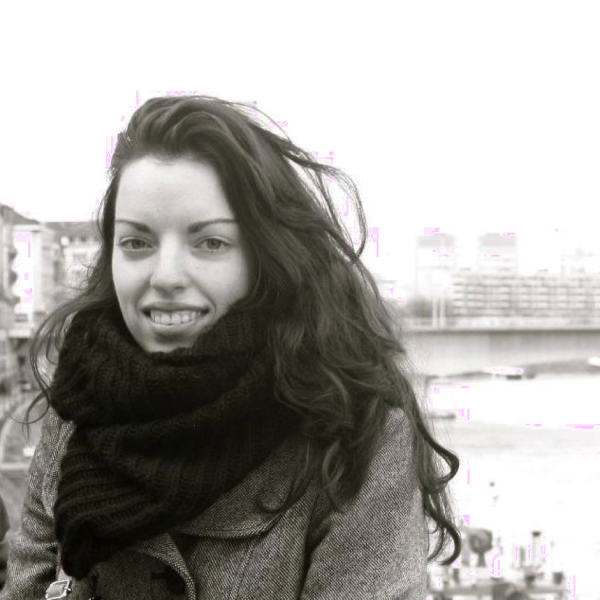 "After graduating from OSU in December 2014, I took some time off from school and participated in a teaching assistantship program in France. My experience in France was both difficult and wonderful, as I learned a lot about myself and my goals while immersing myself in new situations everyday and acquiring important language skills. I came back to Columbus in May 2016, having decided to apply to graduate programs in dietetics. As of 2018, I am in the second year of the Coordinated Graduate Program for Medical Dietetics at OSU.
"Although I will not be pursuing a graduate degree in philosophy, I will be forever grateful to the philosophy department at OSU, which taught me how to read well, write analytically, and think logically, all of which are skills that transcend career choice. Having these skills in graduate school is vital to success, and I am confident that my philosophical training will serve me well as a dietician. Furthermore, philosophy has opened my mind to different worldviews and has instilled in me a passion for questioning what is and what could be. Philosophy is about much more than abstract arguments; it is about how the world works and how people function within it and with each other. Being able to understand people on this level is immensely important in every aspect of life, and I would not have developed that skill without philosophical training." 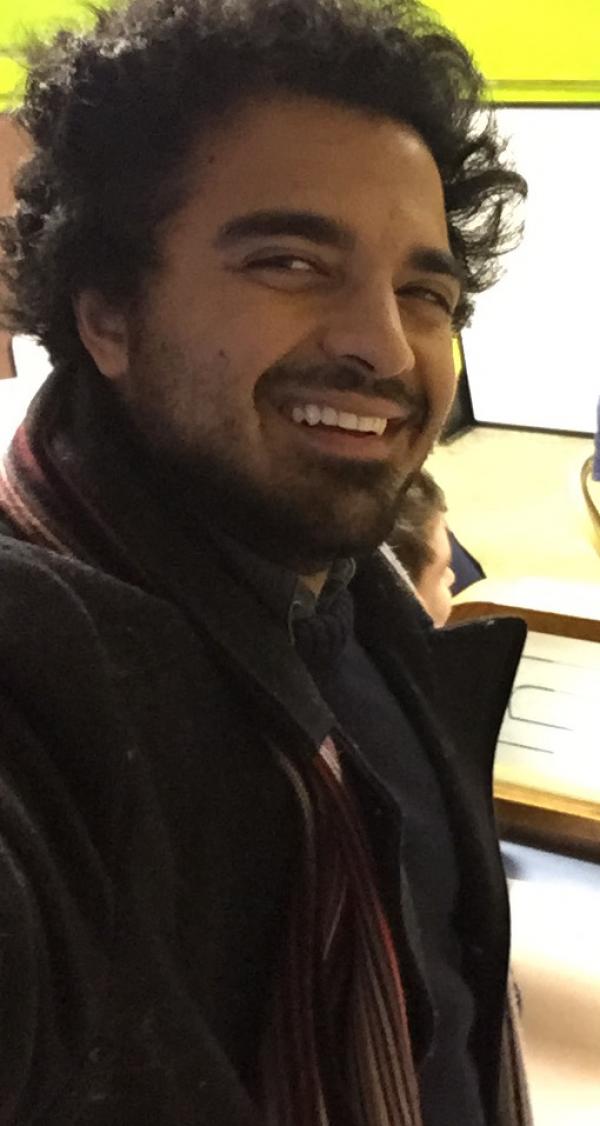 “My name is Kailum Ijaz and I am a 2014 graduate from The Ohio State University where I majored in Philosophy, Classics, and Economics. Immediately after graduating, I worked for a company in Cleveland as a Business Development Coordinator. There, I was able to use the critical thinking skill I developed in Philosophy to understand client problems and develop creative best practices. My Philosophy education was key to this because it provided me with the training to approach issues from holistic, and high-level perspective which empowered me to find solutions more quickly.

"After working for 9 months, I decided take a risk and do something I'd always wanted to do: I quit my job and dedicated a year of my life to service. Thus, I began working as a full-time member of the Alumni Volunteer Program at my High School Alma Mater--St. Ignatius High School in Cleveland, Ohio. For one year, I ran different outreach programs at the High School. From organizing logistics for the St. Joseph of Aramathea Pallbearer Society (an organization that provides free Pallbearer services for persons who pass away with no one to act as pallbearers), to running three after school programs for at risk inner city students in the area, to helping out with the St. Benedict Joseph Labre Ministry for the homeless (a ministry that provides food and friendships for the homeless in Cleveland). It has been a joy to give back to my community and reconnect with my Catholic Faith. Since the dedicated year of service ended, I have been working as a project manager at a software company in Cleveland.

“I would give four pieces of advice to students: (i) Study what you love: as long as you work hard, have confidence, and are prepared, you'll be able to get a job. (ii) Develop relationships with your professors. This is one of the best parts of the college experiences. I developed wonderful relationships with Professor Rudavsky and Professor Shabel--I still keep in touch with them.  (iii) Be willing to jump out into the unknown. It was hard for me to leave the salary and security of my job in order to do a full year of service, but it has been such a wonderful and formative decision. (iv) Never lose your love of learning. The world after college can be less exciting than you may have thought. Yet, from studying Philosophy, I've developed a love of learning that keeps me interested in everything. I still read Philosophy everyday (Alasdair MacIntyre, Charles Taylor, and Wittgenstein), and it has brought deep joy to my life.” 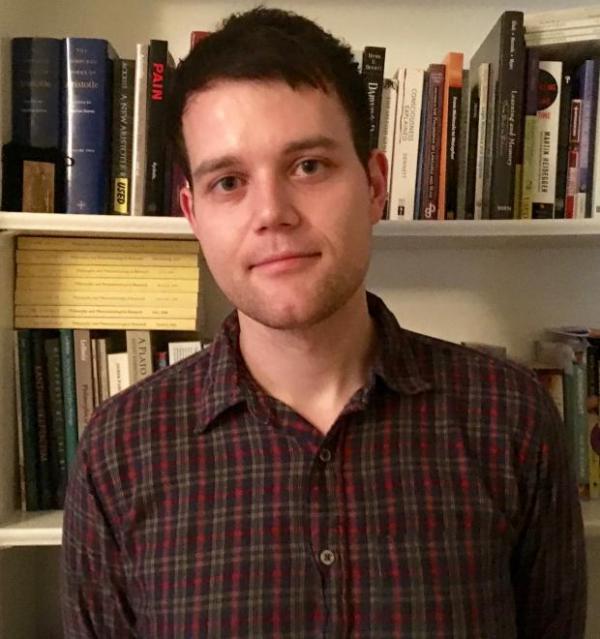 "After graduating from OSU’s undergraduate philosophy program in 2015, I took some much needed time off to pursue endeavors that were out of my reach as a full-time student. Most notably, I used this time to travel both domestically and abroad in order to see what life is like outside of campus borders. However, I have not abandoned academia. Shortly after graduating, I participated in OSU’s Center for Cognitive and Brain Science’s inaugural Undergraduate Summer Institute. I also spent a semester back at OSU as a guest in a few courses that I never had a chance to take while I was a student. And as of 2018, I am pursuing a Ph.D. in Philosophy at the University of Cincinnati.

"I want to continue studying philosophy not only because I find it incredibly interesting; I have also found it to be remarkably useful. Philosophy has helped me become more effective at clearly communicating my own ideas to others. It has also made it easier for me to understand and critically engage with others’ views. More generally, studying philosophy has made me a better, more analytical thinker – and this is a reward that I have found to be immensely valuable in nearly all aspects of my life. From pondering the 'big questions' in life to overcoming the small ones, the skills that I learned through studying philosophy have helped me every step of the way."