Graduate Conference on Free Will 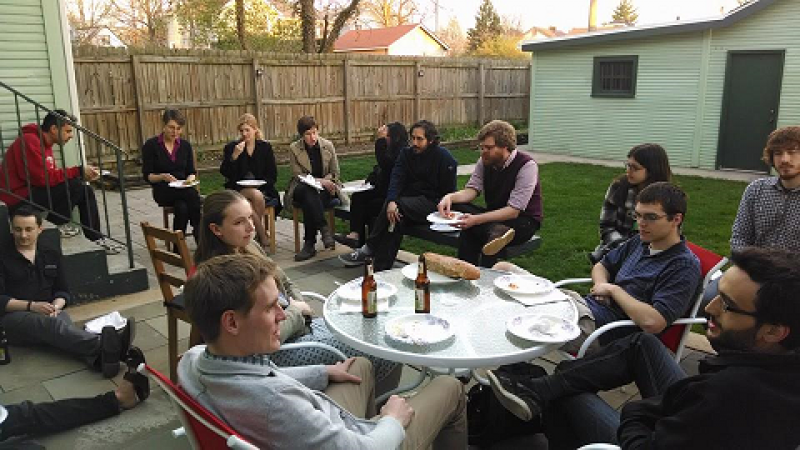 Graduate Mini-Conference on Free Will in Early Modern Philosophy

Professor Julia Jorati organized a mini-conference on free will, in connection with her graduate seminar on the same topic, held April 19, 2014.

The students' talks, based on their final papers for Jorati's seminar, dealt with the notion of free will as it emerges in the work of historical philosophers such as Hobbes, Hume, Reid, Kant and James.

The conference included a potluck-style lunch and a post-conference reception.

Jorati explains that the mini-conference had two major goals: professionalization and "getting feedback on final papers from peers as well as faculty." Graduate student participants report that the conference was successful in meeting both of these goals.

Jamie Fritz, for example, states: "I feel very fortunate to have presented a paper at the Free Will in Early Modern Philosophy conference. By organizing the conference, Julia created a safe and constructive learning environment for inexperienced presenters like myself. Now that I’ve had an opportunity to present and defend my work in front of a group of philosophers, I’m less inclined to see the prospect of submitting my work for conferences as a remote and vague possibility. In fact, the prospect seems both concrete and appealing."

And Jenn Asselin used feedback to improve her paper not only for the seminar but also to submit to other conferences. She recalls, "I realized while answering questions during the Q&A that my thesis was not coming through clearly and that there was a better way to structure my paper. I was able to restructure the paper over the summer, and this new version of my paper was accepted at a professional conference in Michigan." Jenn presented her paper "Developing Developed Freedom: Difficulties for the Free Accounts of Reid and Kant" at an interdisciplinary conference on free will at the Center of Cognition and Neuroethics held in Flint in October.