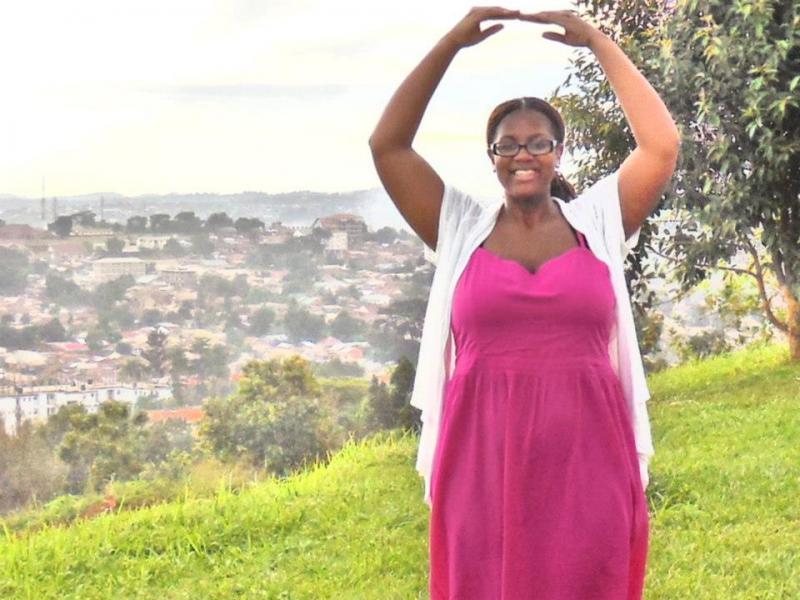 India Brown, now in her final year of undergraduate study, will graduate in May 2014 with majors in philosophy and psychology and minors in theatre and African and African American studies.

India was drawn to a major in philosophy after taking an introductory class with lecturer Ryan Jordan (now at the University of Portland). In this class, she found the discipline to embody what she considers to be true learning—learning “not what to think but how to think” as she puts it. Specifically, she enjoyed the challenge of being pushed not merely to provide correct answers to Jordan’s questions—but, more importantly, to be able to justify her answers.

Throughout the course of her undergraduate studies, India has acquired particular interests in epistemology, ethics, and logic. India regards Professor Stewart Shapiro’s  symbolic logic course as one of her favorite courses at Ohio State, and her interest in ethics blossomed in class with Professor Piers Turner. Turner recalls India as an active and enthusiastic participant in class discussion, “It was a real pleasure having India in the class; she was always ready to take a stand on the topics we discussed.”

Additionally, India enjoyed reading the works of Plato and Aristotle in Professor Allan Silverman’s ancient philosophy class. And she praises graduate student John Hurst, from whom she took a course on social and moral problems, for teaching her to write in a more concise and direct style – “to tell my audience clearly, concisely, and repeatedly exactly what I meant them to know” – which she considers to be another crucial skill developed during her philosophical education.

Despite pursuing two majors and two minors, India has found the time to remain actively engaged in several student organizations as well as off-campus activities. She is involved in the African Youth League, InterVarsity: Black Student Movement, and the Office of Diversity and Inclusion’s Undergraduate Recruitment Society. Through her involvement with the African Youth League, she was able participate in the cultural pageant, Miss Africollege of Ohio, in which she was the runner-up in the spring of 2013.

Additionally, India has worked with CMAA Refuge Services to provide homework help to Somali youth. She   also is an avid poet and has attended workshops sponsored by “Never Let Your Pen Dry,” and performed at the African American Heritage Festival Poetry Slam, where she recently received a third-place prize.

In May 2013, India’s diverse interests and abilities led her to Ohio State’s Global May Uganda Program. As she relates her experience, “During the course of this program we were based primarily in the capital, Kampala, with travels to more rural areas like Jinja and Mburo, as well. Our time there was spent studying the country of Uganda through the broad lens of human security, meaning we looked at every aspect from economics and health care to art and literature from the country’s origin-to-date.”

While in Uganda, India became intrigued by the morally significant issues of land grabbing, which threatens to have deleterious effects on the Ugandan economy, and the oppressive societal attitudes confronting people with disabilities. Overall, she reflects, the program was, “a great experience simply in that I immediately felt this overwhelming sense of belonging and because the people were so friendly and welcoming.”

India currently is entertaining several options for her post-graduation plans, including mission work with a group, such as InterVarsity; teaching with a program like City Year Columbus; or working with children with autism, and is confident that her training in philosophy has facilitated her ability to acquire and retain new skills and knowledge in whatever path she chooses.