Columbus, the capital of Ohio, is the largest city in the state and the 16th largest in the United States. There is a lot going for Columbus—it’s a hip town that is also affordable.

Columbus is centrally located; it is only a 2-3 hour drive to Ann Arbor, Bloomington, Cincinnati, Cleveland, Detroit and Pittsburgh. Traveling to and from Columbus is easy because the main airport is under 10 miles away from the Philosophy Department and there are more than 150 daily direct flights to and from cities all over the country; there is also free Wi-Fi throughout the airport.

Nature: “Between 14,000 and 28,000 years ago, the Wisconsin Glacier carved a network of ravines that forms a grid crisscrossing major waterways in Franklin County. Some ravines contain rare or endangered plant species that may justly be considered ecological treasures. The rocks and soils of Franklin County ravines tell a story of ancient oceans and recent glaciers and a long time in between. The bedrock of eastern Franklin County is limestone, shale, and a little sandstone.” There are great local or nearby outdoor activities (e.g., hiking, biking, rock climbing, white water rafting) discussed below in Outdoors and Excursions. 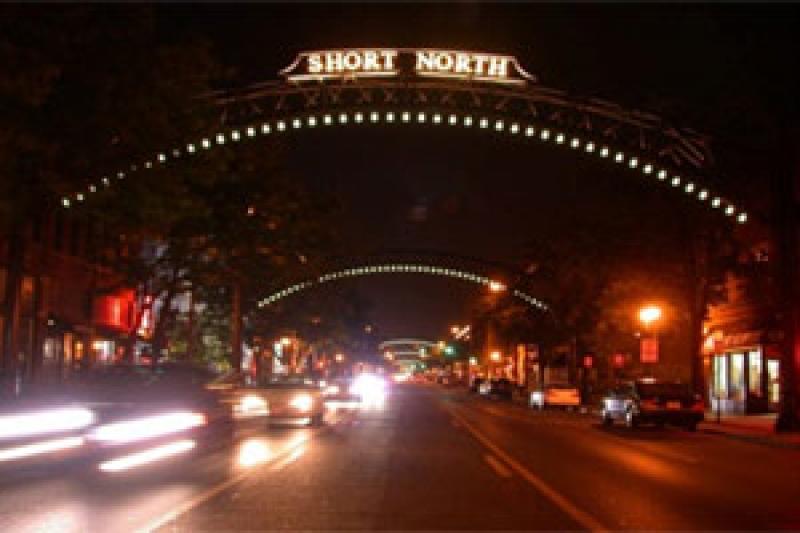 Things to Do Around Columbus:

The Ohio State University’s various departments (e.g., OSU Dance, the OSU Music, and OSU Theatre) have frequent and fantastic performances. Indeed, the OSU Dance Department is one of the leading dance departments in the country and has regular and excellent performances that are extremely affordable. The university’s Wexner Center for Arts (see below) also brings in some of the best cutting edge theater, dance and music. In addition to the shows produced through The Ohio State University’s various departments and facilities, Columbus has quite a rich culture for the performing arts; there are many shows of all types in beautiful, historic venues, e.g., Opera Columbus, the BalletMet Columbus, the Columbus Symphony Orchestra, the Columbus Chamber Music, the Promusica Chamber Orchestra, the Contemporary American Theatre Company (CATCO), the Jazz Orchestra, and Six-Strings Concerts.

In addition to the University's sports teams, there are opportunities to see professional hockey (NHL’s Blue Jackets), Major League Soccer (Crew), and the Columbus Clippers (AAA affiliate of the Cleveland Indians).

Because Columbus is so diversified, there are many popular festivals, the fairs, and farmer's markets throughout the year (e.g., Asian Festival, the Oktoberfest, the African American Heritage Festival, the Festival Latino, the Arnold Sports Festival, the Hell City Tattoo Festival, the Creekside Blues and Jazz Festival, the Dublin Irish Festival, the Greek Festival, etc.).  The following are a few of the more popular events:

Night Life on a Graduate Student Budget: Top of Page

While many of the activities/events mentioned above are actually quite affordable, there are several night-time activities that are popular among graduate students.

Some of the regulars are the Ravari Room (a bar with regular live music, karaoke, and great pizza next door), Little Rock Bar (great beer selection with decor of music memorabilia), Village Idiot (dive bar with a good draught selection), and Ethyl and Tank (close to campus with good beer and food).

Columbus is also home to a burgeoning craft beer scene. The easiest way to check out all 28 breweries that have opened up in the past five years is to take a trip on the Columbus Ale Trail. Graduate favorites include Seventh Son, Land Grant, North High, and Lineage.

Because Columbus is a city, one might not think of it as a fantastic place for outdoor activities. In addition to our proximity to some beautiful state/national parks and forests (see “Excursions” below), there is plenty to do within the city itself.

Many professors and graduate students in the department frequent cafés to do work; it’s nice to be able to see colleagues in these sorts of settings. As an added bonus, it seems that all of the Columbus coffee shops have free Wi-Fi. The following are just a few of the cafés that many of us go to:

Because Columbus is so affordable and diverse, it offers a rich culinary culture that rewards foodies and casual-diners alike.  The following are just a few of the highlights that Columbus has to offer: