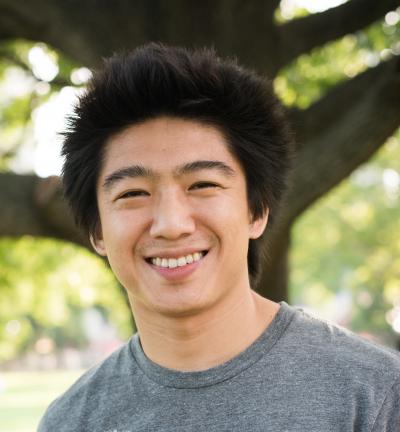 I want to raise a problem for a kind of theory of welfare that has recently been on the rise. I will argue that because theories of this kind are false of newborn infants, we should think that they are also false of us.

By contrast, if the correct theory of your welfare is a sophisticated theory, then a particular thing is basically good for you only if you are related to it in a way that involves a fair amount of cognitive or psychological sophistication. Consider a view on which a particular is basically good for you if and only if and because it is the obtaining object of one of your valuing attitudes, and on which valuing something requires (among other things) believing that it is good. If this view is true of you, then in order to be positive in welfare, you need to have a fairly sophisticated capacity: the capacity to value things, which partly consists in the capacity to have evaluative beliefs. As I read them, a number of philosophers have proposed sophisticated theories—including Donald Bruckner, Dale Dorsey, Connie Rosati, Valerie Tiberius, Wayne Sumner and Benjamin Yelle.

Notice that whether a theory is simple or sophisticated in my sense depends on whether it requires sophisticated cognitive or psychological capacities on the part of the subjects to which it is meant to apply. The value-centered view that I just sketched is sophisticated in my sense even though it has an uncomplicated monistic structure. Likewise, an objective list theory on which pleasure or desire satisfaction is one of the entries on the list would be simple in my sense even if some of the other basic goods it enumerates involve sophisticated capacities. For such a view would say that the subjects to which it applies can be positive in welfare even if they lack sophisticated capacities, provided that they are getting pleasure or desire satisfaction.

I will now argue that because sophisticated theories are false of certain psychologically simple welfare subjects, we should also think that they are false of us. (In “Against Welfare Subjectivism,” a paper that has been published online in Noûs, I apply this argument to sophisticated subjectivist theories. The argument generalizes, however.)

Here is the problem. Suppose that for some period of time after Baby acquires the capacities that T deems necessary for well-being, he fails to exercise those capacities. For example, if the relevant capacity is the capacity to value things, imagine that Baby does not value anything for some period of time after he becomes capable of doing so. If T is true of Baby during this period, then no particulars are basically good for him then, and his level of welfare during this period must therefore be, at best, zero. But it is implausible that Baby’s welfare could go from being very high to being neutral or negative simply because he has acquired certain capacities. Prior to acquiring them, his life was going very well thanks to the very favorable balance of pleasure over pain that it contained. This hedonic balance has remained unchanged: his life still contains the same amounts of pleasure and pain. Why, then, would he now be neutral or negative in welfare? The fact that he has acquired some capacities cannot plausibly explain this dramatic decrease in his level of welfare.

To summarize, here is the problem that I have raised for sophisticated theories. No such theory is true of newborn human infants. If some such theory is nonetheless true of cognitively typical human adults, then a subject’s level of welfare can go from being very high to being negative or neutral simply because the subject has acquired a capacity. It is not plausible that this can occur. Thus, we should believe that no sophisticated theory is true of us. Instead, we should think that the correct theory of our welfare is a simple theory—one that requires only simple psychological capacities on the part of the subjects to which it applies.

The above article is adapted from Eden's featured column on the PEA Soup blog, “Sophisticated Theories of Welfare” (October 1, 2016).