This year, the philosophy department hosted more than 20 public lectures on topics that ranged from mathematical explanation to moral epistemology, Newton's philosophy of physics to the development of logic in classical period India, the metaphysics of gender to the ethics of privacy and autonomy in the age of big data -- and many more diverse topics.

Our department and affiliated centers also sponsored or co-sponsored several major conferences in 2015:

In March, the fourth annual joint workshop with the Department of Linguistics was held at Ohio State. This year's workshop—which bore the fitting title, “No, Ifs, Ands, Or, Buts,”—featured a series of talks by both linguists and philosophers on the logic and semantics of the logical connectives. The fifth annual Linguistics and Philosophy Workshop in March 2016, will address modality and natural language metaphysics. Its title, of course, will be: “This Might be a Workshop.”

In June, continuing a tradition of international collaboration that dates to 1989, Ohio State’s Department of Philosophy co-sponsored a philosophy conference at the Inter- University Centre in Dubrovnik, Croatia, in collaboration with the University of Maribor in Slovenia and the University of Rijeka in Croatia. The topic of this year's conference, organized by Professor Stewart Shapiro, was pluralism in semantics and logic. Shapiro and two PhD students, Teresa Kouri and Eric Snyder, represented Ohio State at the conference. 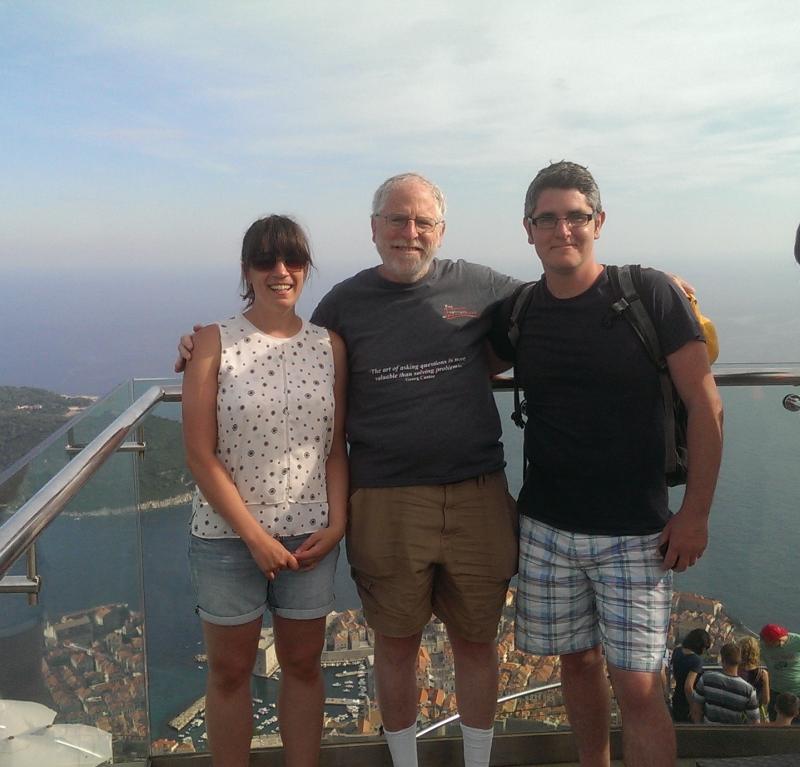 This year, Ohio State hosted the ninth annual conference of the Leibniz Society of North America, October 23 - 25, organized by Professor Julia Jorati. In addition to two days of rich philosophical talks, it honored our colleague Glenn Hartz for serving as founding editor and editor of the Leibniz Review for the past 25 years. 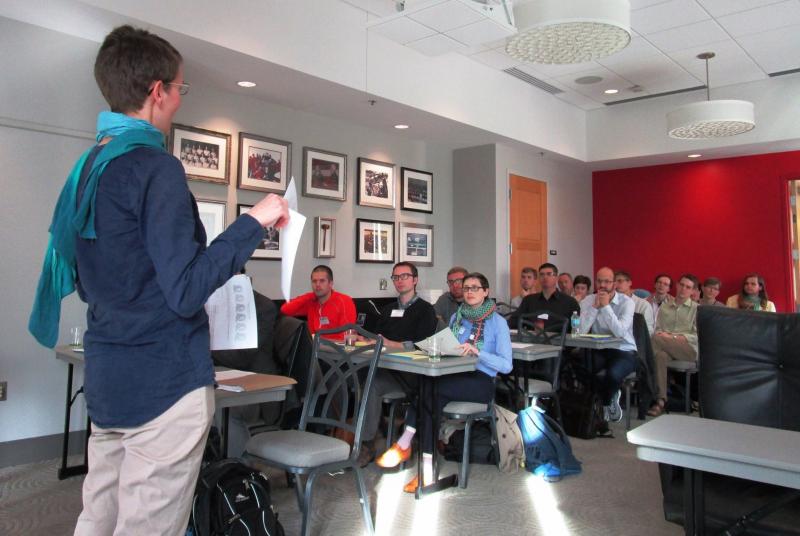 The COMPAS (“Conversations on Morality, Politics, and Society”) program – an interdisciplinary program co-organized by Philosophy Professor Piers Norris Turner, Philosophy Emeritus Professor Don Hubin, and graduate students Aly Massof and Christa Johnson – is hosting a series of university events centered around this year’s annual theme of sustainability. This series brings important international figures to campus and enriches our community’s understanding of issues crucial to the future of human life. COMPAS also sponsored a photo contest on the theme. (Winning entries can be viewed on the COMPAS website.) Next year's COMPAS program focus is inequality.