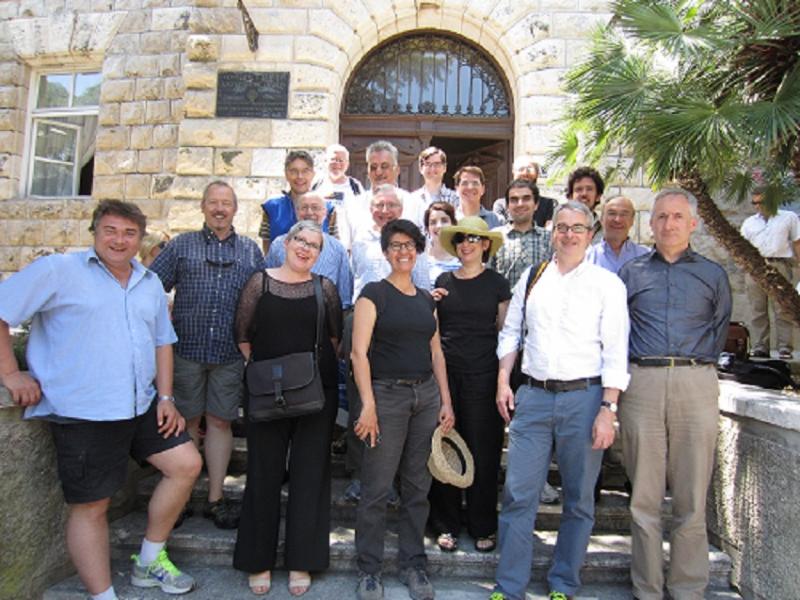 Every summer, Ohio State's department of philosophy collaborates with the University of Maribor (Slovenia) and the University of Rijeka (Croatia) to co-host a conference at the Inter University Centre in Dubrovnik on a philosophical topic. The conference series is in its twelfth consecutive year since its interruption during the Balkan conflict.

The 2014 Dubrovnik Conference, organized by Professors William Taschek and Chris Pincock, focused on the history of analytic philosophy. Pincock presented "Russell and Wittgenstein on Judgment and the Self" at the conference, and Taschek delivered "Reflections on Frege on the Normativity of Logic." Ohio State's Professor Stewart Shapiro also attended the conference, where he delivered a talk entitled "Frege on Real Numbers."

Their talks spanned a breadth of topics related to the work of Frege, Russell, Wittgenstein, Poincaré, Gödel, Moore, Carnap, Quine and other philosophers in the early analytic tradition.

Pincock recollects, “This conference reminded me of just how much excellent work is being done these days in the history of analytic philosophy. It was a wonderful way to reconnect with old friends and to make new friends in the field."

Stewart Shapiro will be organizing the 2015 Dubrovnik Conference on the topic of "Pluralisms." 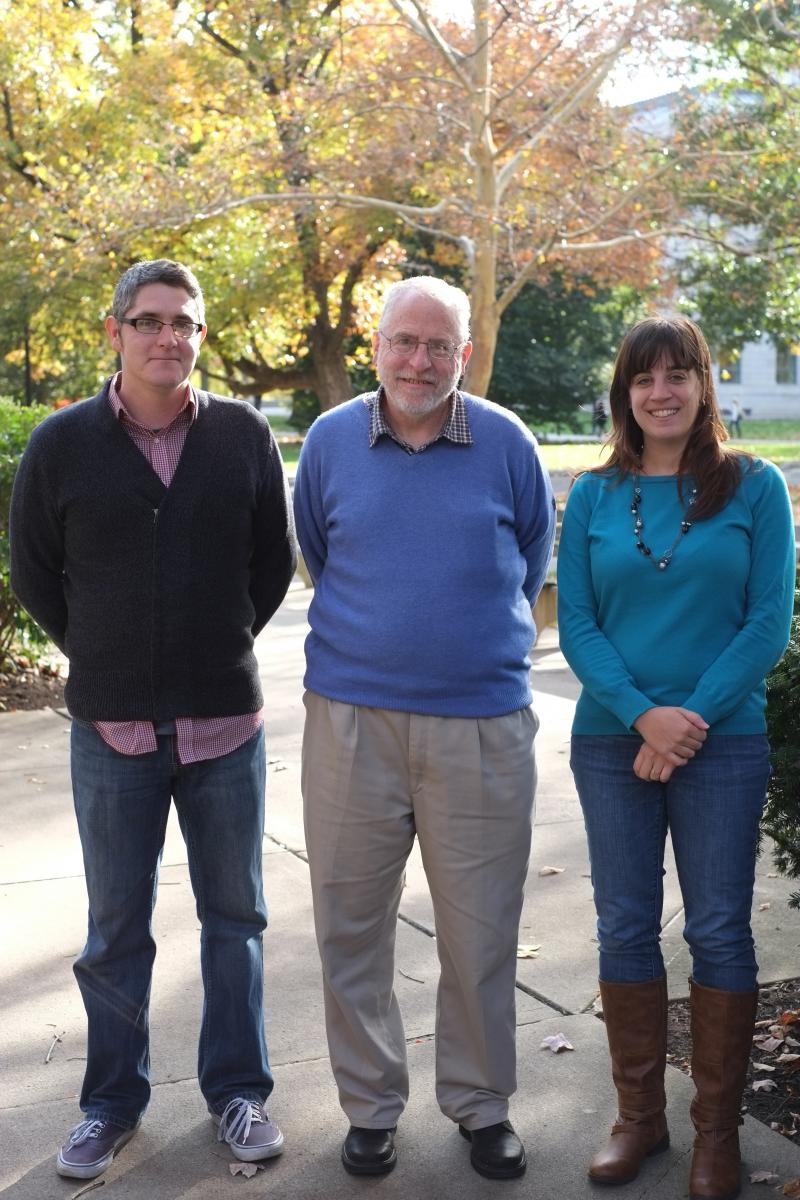 For the third consecutive year, Ohio State's departments of philosophy and linguistics co-hosted a conference on a topic of relevance to both disciplines. The theme of the 2014 conference was the semantics of cardinals.

Snyder delivered the opening talk, "A New Solution to Frege's Other Puzzle," with commentary by Kouri. Shapiro and Tennant also presented at the workshop, delivering talks titled (respectively) "Frege on the Real Numbers" and "Referring to the Reals."

Kouri recounts, "It was a great coming together of two different disciplines - philosophers learning from linguists and linguists from philosophers. On top of that, everyone was keen to give constructive criticism and comments on the papers presented."

The philosophy and linguistics departments are currently planning their fourth annual collaborative workshop for 2015. This upcoming workshop, on the topic of logical connectives, will be titled "No Ifs Ands Or Buts." 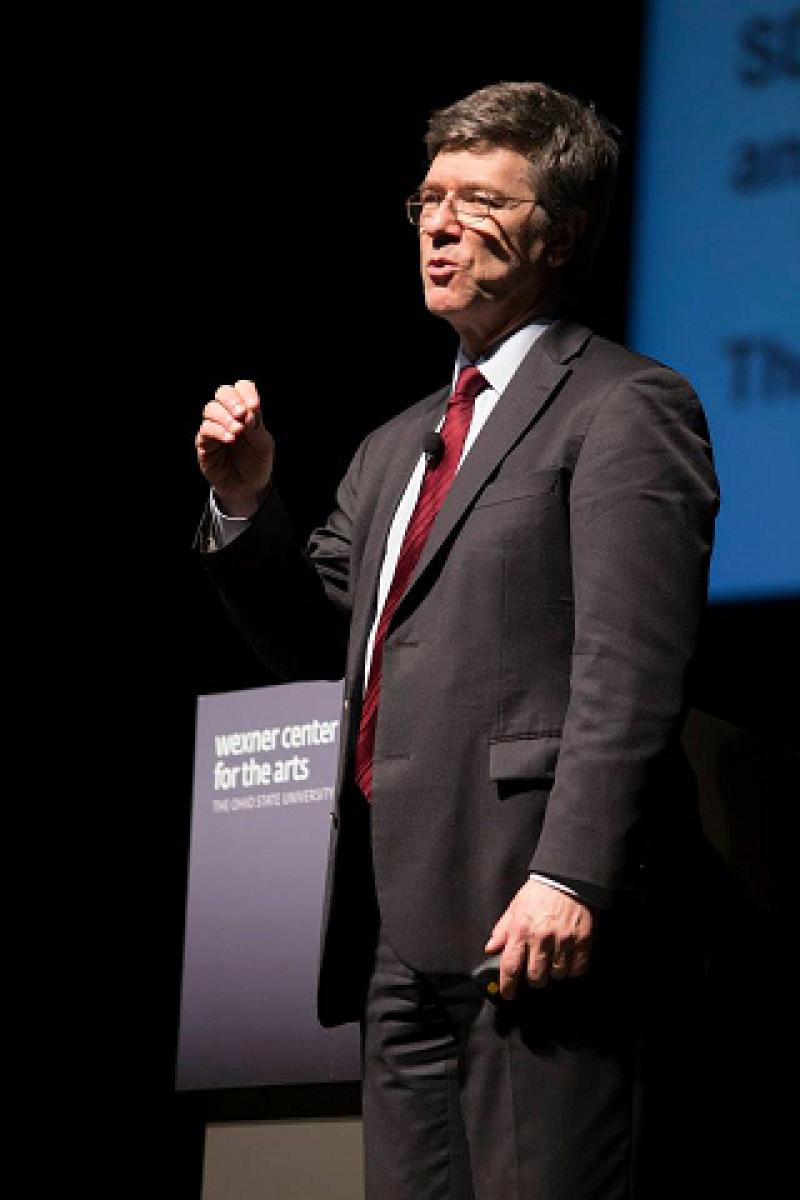 The COMPAS Project: Public vs Private

Ohio State’s Center for Ethics and Human Values, headed by Philosophy Professor Emeritus Don Hubin, conducts a series of year-long interdisciplinary “conversations” through its Conversations on Morality, Politics, and Society (COMPAS) program. This program has emerged through the efforts of Professors Hubin and Piers Turner to bring some of the philosophy department’s expertise and interests into broader dialogue with the university community.

The 2013-14 COMPAS program focused on the distinction between public and private, including the philosophical foundations of this distinction and its implications for ethics and public policy.

The program hosted two conferences on this topic, the first in October and the second in April, both of which brought together scholars and researchers from a variety of disciplines and from universities and non-academic institutions across the nation.

The Fall COMPAS Conference encompassed a breadth of topics including privatizing public safety, privacy and public health; privatizing public education; and privacy, technology and democracy. The keynote speaker was Cass Sunstein (Robert Walmsley University Professor and the Felix Frankfurter Professor of Law at Harvard Law School), a former administrator for the White House Office of Information and Regulatory Affairs, who delivered a lecture entitled “Deciding by Default.” Sunstein’s fascinating lecture argued that default settings, such as whether you have to opt in or opt out of organ donation, can create significant public benefits without undermining the authority of individuals to make their own choices.

The keynote address at the spring conference was delivered by Jeffrey Sachs, director of the Earth Institute, Quetelet Professor of Sustainable Development, and Professor of Health Policy and Management at Columbia University. Sachs’ talk, “Age of Sustainable Development,” also served as the inaugural lecture for the Provost’s Discovery Themes Lecture Series, which partially supported the event. Additional sessions discussed topics such as “paradoxes of publics regulation of privacy,” “creating the politics of privacy” and “public and private interests in data and technology.”

In addition to the two conferences, the COMPAS project sponsored talks from Richard B. Freeman (Herbert Ascherman Chair in Economics at Harvard University) and Thomas Pogge (Leitner Professor of Philosophy and International Affairs at Yale University) and a photo contest on the theme of public/private. Winning submissions and honorable mentions can be viewed on the COMPAS website.

The next COMPAS program will take place during the 2015-16 academic year, and will be devoted to the topic of sustainability.