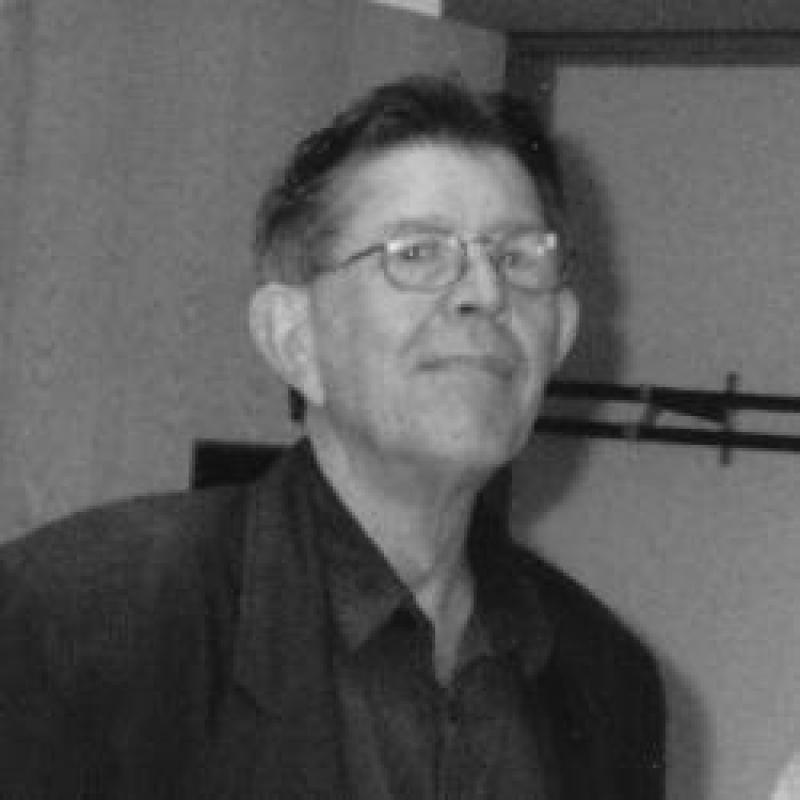 Emeritus Professor Lee B. Brown died on February 13, 2014, after a long struggle with a rare lung disease. Lee was born in Iowa, but he moved with his parents and brothers to Utah when he was nine years old. His work as an undergraduate at the University of Utah was interrupted by two years of service in the U.S. Navy during the Korean War, but immediately afterwards he completed his undergraduate degree at Utah and then moved to San Francisco to study part-time at the University of California at Berkeley and to pursue fulltime his interest in jazz, which remained an intense lifelong passion and eventually became one of his major professional preoccupations.

After some time in San Francisco and at Berkeley, Lee enrolled in graduate school in Northwestern University’s Department of Philosophy, working closely with William Earle and Erich Heller. His work there was mostly on nineteenth-century German philosophy—Lee was fluent in German and read all the major texts in the original—and while a graduate student he visited Germany regularly, eventually working closely with the German philosopher Dieter Henrich.

Lee came to Ohio State in 1961, and after completing his dissertation work he was promoted to assistant professor in 1966. He remained at Ohio State for the next forty years, being promoted to associate and then full professor along the way. He retired from the department, but certainly not from philosophizing and writing, in 2002.

Lee never lost his interest in nineteenth-century German philosophy, but after arriving at Ohio State he quickly began to work seriously in aesthetics as well, first from an historical point of view and then, eventually, as a source of important contemporary philosophical problems in its own right. He was an active and much-respected member of the American Society for Aesthetics, whose annual meetings he seldom missed.

Lee did important work in many areas of aesthetics and the history of philosophy, but his most important work was perhaps his ground-breaking work in the theory and philosophy of jazz. He published extensively in this latter area and his work was enormously influential. Seeing and hearing him interact with peers at professional meetings was a very special experience. He was not a nitpicker or a “one-upper.” He was a deeply committed truth-seeker, in the old Socratic sense, though he would probably not have liked to hear himself described in such old-fashioned terms.

As a teacher, a colleague and a university citizen, Lee was almost without equal in the eyes of everyone who studied with him or worked alongside him on departmental and university projects. His introductory course in the philosophy of art was considered so important by Ohio State’s Department of Art that it was made a required course for all their majors, and the testimonials he received from students in that course were extraordinary.

Lee was also, of course, a first-rate graduate teacher and advisor, and his students hold positions at some of the foremost universities in the world. But he was also something rare in modern academia—a member of the university who did not hide from serious committee work, especially when it had the potential to contribute in a serious way to interdisciplinary research and teaching. He was intensely involved in the now-defunct Division of Comparative Literature from his first days at Ohio State, and was crucial to its evolution into its present form as the Department of Comparative Studies. He was a passionate “multi-disciplinarian” long before such a commitment was par for the course.

As a person, Lee was one of the most captivating individuals many of us had ever met. He was a devoted father to his son Evan, of whom he was enormously proud, and a wonderful husband to his beloved wife Emily Foster. Older friends will always remember Lee holding court at the now tragically lost Larry’s Bar, where he would often retire on weeknights after four or five hours of work at home after dinner. And, yes, there was the occasional trip up to Dick’s Den, after Larry’s closed, especially if there was jazz that night.

Jazz. Jazz, from its birth to its many contemporary incarnations, was, apart from his devotion to Emily and Evan and his many friends, Lee’s passion. He seemed to know and understand everything about jazz, both historically and musically, and could enthrall and entertain us about it, and with it, for hours on end. He was a well-known and respected critic for many years, for a now-defunct local alternative weekly, and a beloved and close friend of many jazz musicians.

Lee will be mourned by his family, of course, but also by innumerable friends and colleagues. His death is a terrible loss to our department and to all who knew him.