New Books by the Faculty 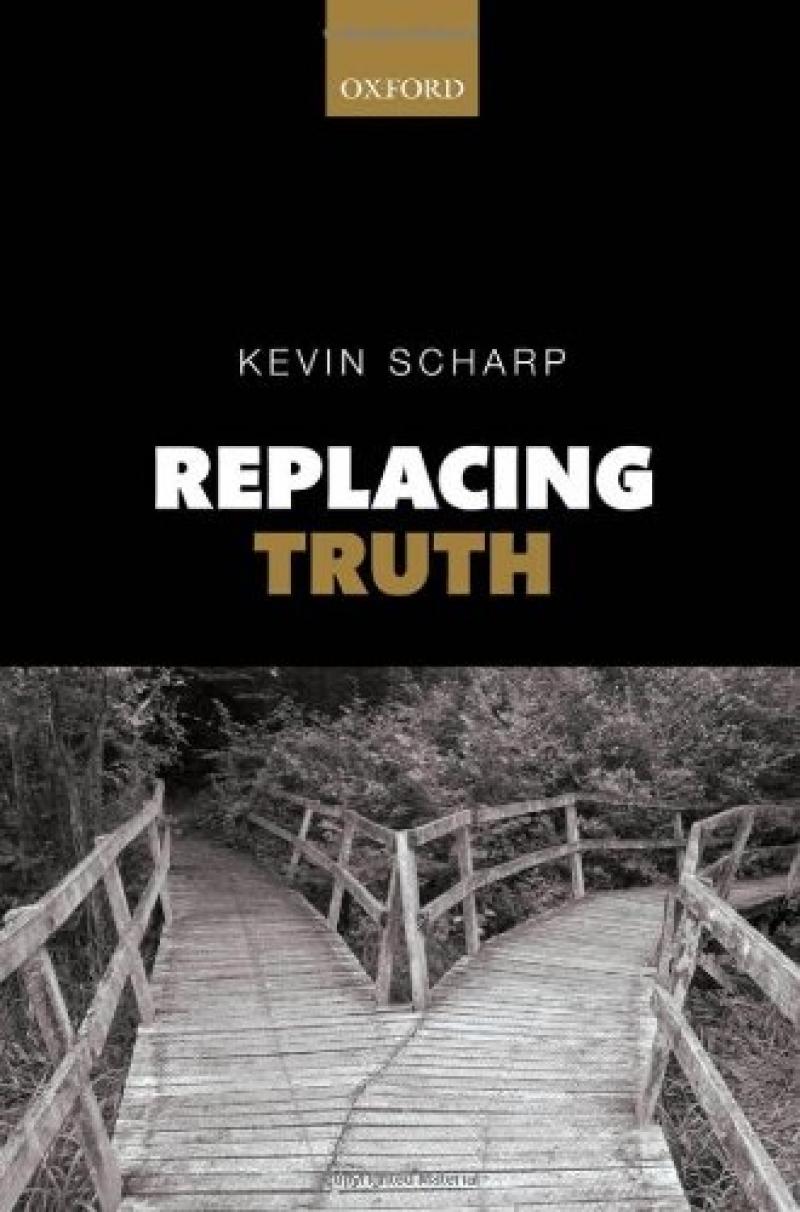 Kevin Scharp proposes an original theory of the nature and logic of truth in which truth is an inconsistent concept that should be replaced for certain theoretical purposes. Replacing Truth opens with an overview of work on the nature of truth (e.g., correspondence theories, deflationism), work on the liar and related paradoxes and a comprehensive scheme for combining these two literatures into a unified study of the concept truth. Scharp argues that truth is best understood as an inconsistent concept and proposes a detailed theory of inconsistent concepts that can be applied to the case of truth. Truth also happens to be a useful concept, but its inconsistency inhibits its utility; as such, it should be replaced with consistent concepts that can do truth's job without giving rise to paradoxes. To this end, Scharp offers a pair of replacements, which he dubs ascending truth and descending truth, along with an axiomatic theory of them and a new kind of possible-worlds semantics for this theory. As for the nature of truth, he goes on to develop Davidson's idea that it is best understood as the core of a measurement system for rational phenomena (e.g., belief, desire and meaning). The book finishes with a semantic theory that treats truth predicates as assessment-sensitive (i.e., their extension is relative to a context of assessment) and a demonstration of how this theory solves the problems posed by the liar and other paradoxes.

(with Nomy Arpaly, professor of philosophy at Brown University) 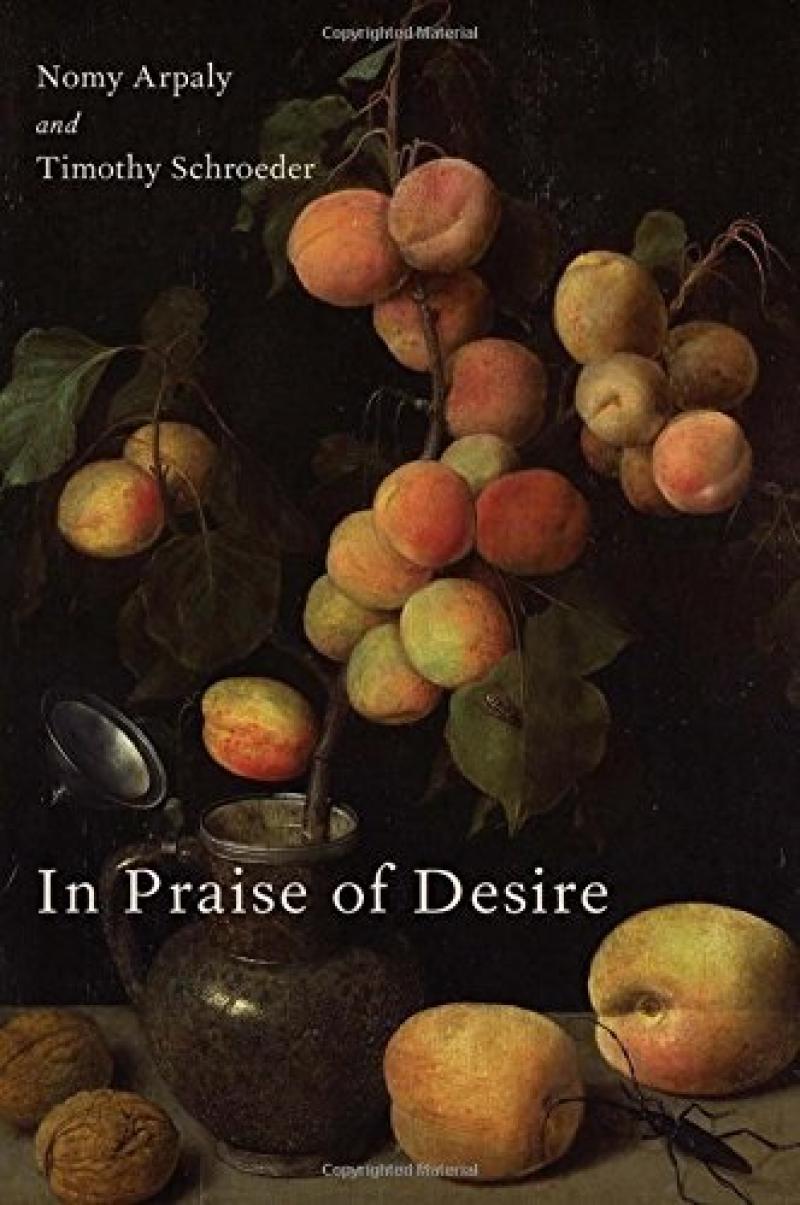 Joining the ancient debate over the roles of reason and appetite in the moral mind, In Praise of Desire takes the side of appetite. Acting for moral reasons, acting in a praiseworthy manner, and acting out of virtue amount to nothing more than acting out of intrinsic desires for the right or the good, correctly conceived.

Reason, understood as the power to deliberate about what to think and do, is shown not to be the basis for our ability to act for reasons. Reason is rather the ability to perform certain mental actions which help us to become settled about what to think or do, and these actions are in turn motivated by desire. Thus reason is, if not a slave of the passions, then at least a useful tool deployed by desiring agents.

If desire were merely an impulse to act, then a moral psychology built on intrinsic desires might be unpromising. But intrinsic desire is much more than an impulse to act. Intrinsic desires are a natural kind, states of the brain which contingently but commonly cause impulses to act, as well as causing a rich array of feelings and cognitive effects (on attention, learning and more). Understood in this way, intrinsic desires are more central to agency, good will and virtue than any mere impulse could be. In Praise of Desire shows that a desire-centered moral psychology can be richer than philosophers commonly think, accommodating the full complexity of moral life. 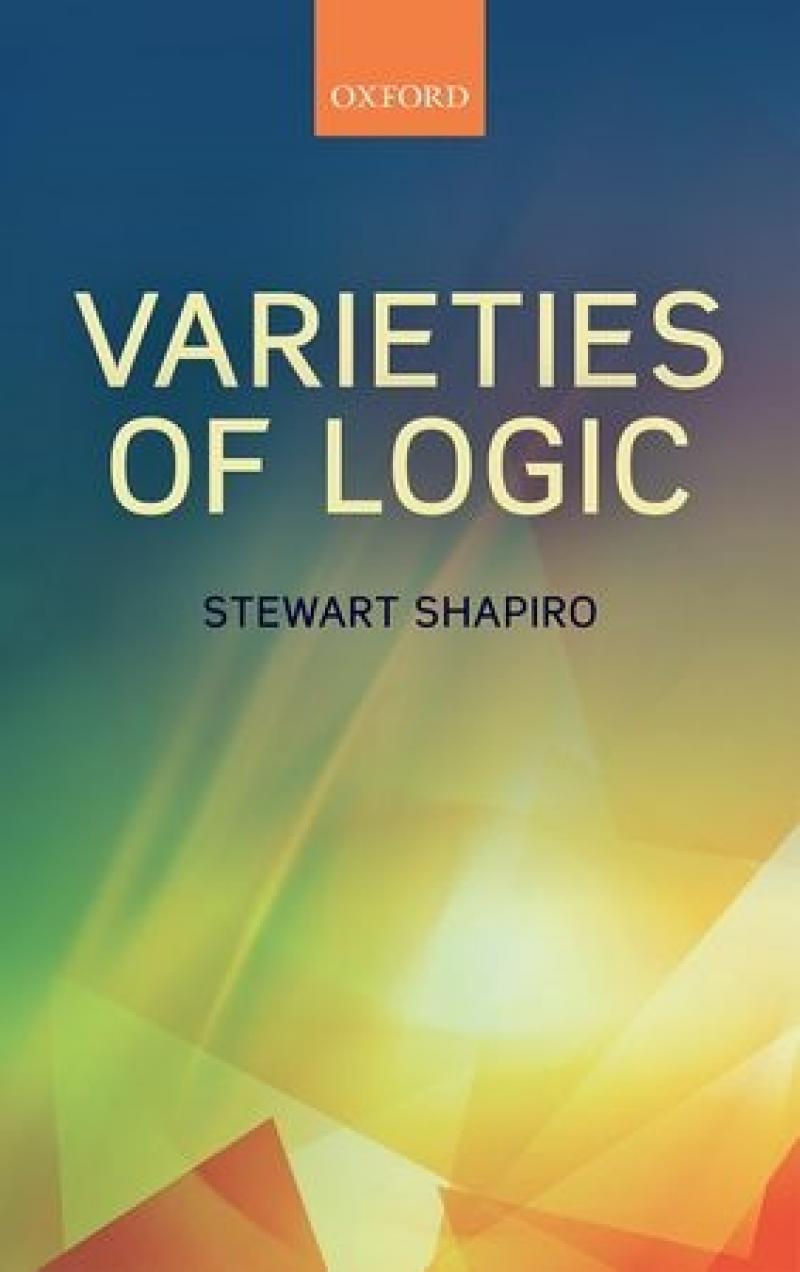 Logical pluralism is the view that different logics are equally appropriate, or equally correct. Logical relativism is a pluralism according to which validity and logical consequence are relative to something. In Varieties of Logic, Stewart Shapiro develops several ways in which one can be a pluralist or relativist about logic. One of these is an extended argument that words and phrases like 'valid' and 'logical consequence' are polysemous or, perhaps better, are cluster concepts. The notions can be sharpened in various ways. This explains away the "debates" in the literature between inferentialists and advocates of a truth-conditional, model-theoretic approach, and between those who advocate higher-order logic and those who insist that logic is first-order.

A significant kind of pluralism flows from an orientation toward mathematics that emerged toward the end of the nineteenth century, and continues to dominate the field today. The theme is that consistency is the only legitimate criterion for a theory. Logical pluralism arises when one considers a number of interesting and important mathematical theories that invoke a non-classical logic, and are rendered inconsistent, and trivial, if classical logic is imposed. So validity is relative to a theory or structure. 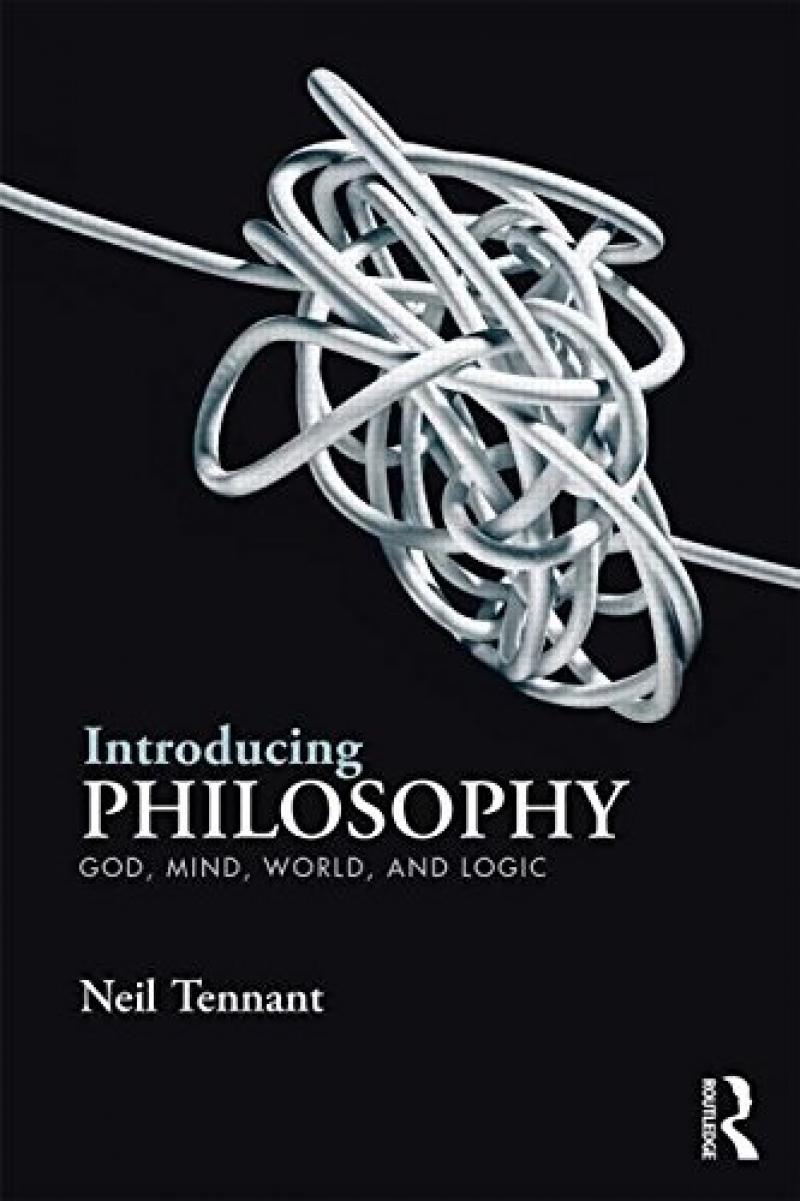 Introducing Philosophy: God, Mind, World, and Logic demonstrates the relevance and value of philosophy within the larger university and in day-to-day student life.

Written for first- and second-year undergraduates, Introducing Philosophy covers a broad range of fundamental philosophical problems and certain intellectual techniques for addressing those problems. It helps any student in pursuit of a ‘big picture’ to think independently, question received dogma, and analyze problems incisively. It also connects philosophy to other areas of study at the university, enabling all students to employ the concepts and techniques of this millennia-old discipline throughout their college careers – and beyond.

(with Daniel Jacobson, professor of philosophy at the University of Michigan) 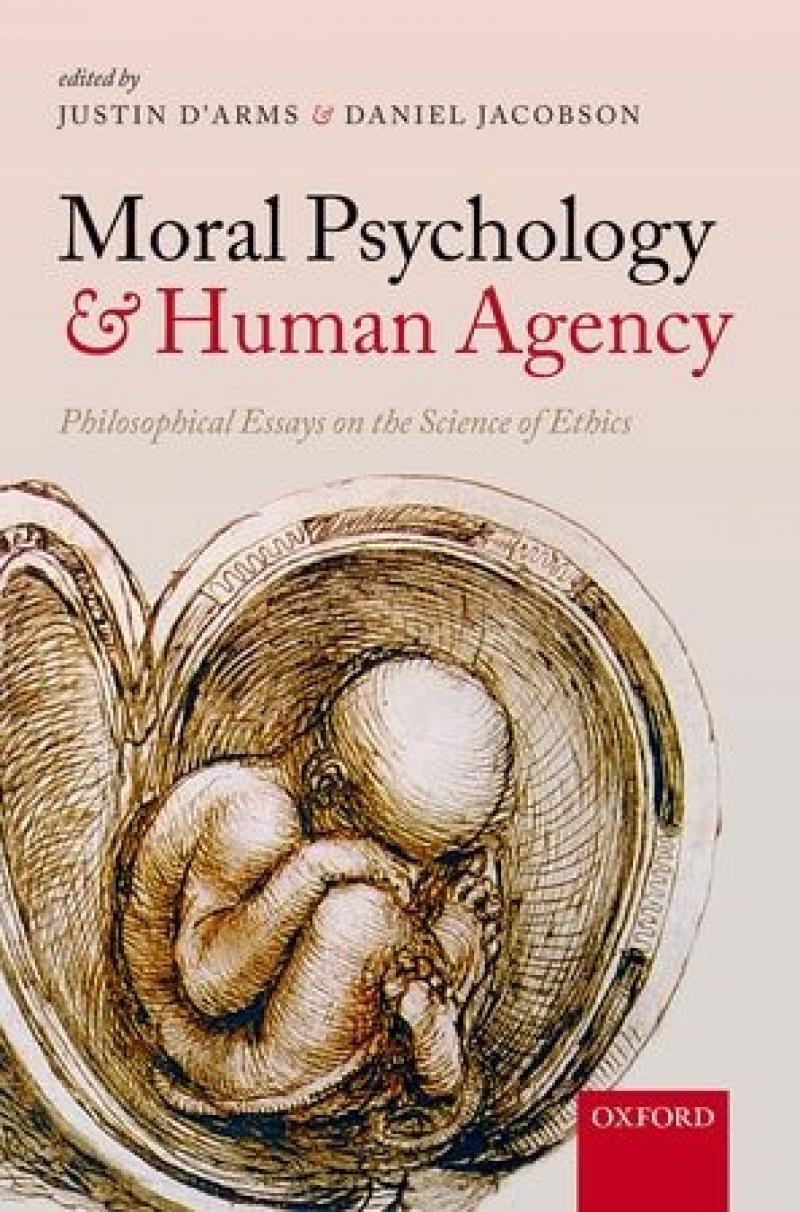 These ten original essays examine the moral and philosophical implications of developments in the science of ethics, the growing movement that seeks to use recent empirical findings to answer long-standing ethical questions. Efforts to make moral psychology a thoroughly empirical discipline have divided philosophers along methodological fault lines, isolating discussions that will profit more from intellectual exchange. This volume takes an even-handed approach, including essays from advocates of empirical ethics as well as those who are skeptical of some of its central claims. Some of these essays make novel use of empirical findings to develop philosophical research programs regarding such crucial moral phenomena as desire, emotion, and memory. Others bring new critical scrutiny to bear on some of the most influential proposals of the empirical ethics movement, including the claim that evolution undermines moral realism, the effort to recruit a dual-process model of the mind to support consequentialism against other moral theories, and the claim that ordinary evaluative judgments are seldom if ever sensitive to reasons, because moral reasoning is merely the post hoc rationalization of unthinking emotional response.